Sefkerin is a settlement in Serbia in the municipality of Opovo in the South Banat District. According to the 2011 census, there were 2522 inhabitants. 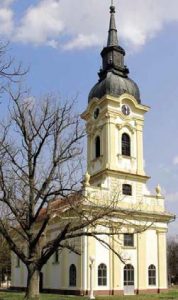 Sefkerin is mentioned for the first time in Krushevo’s speech. During the Turkish administration he fell under the Pančevački nahija, or Pančevački sandžak. From 1742 he was either directly under Pančevo, or in the Pančevo process until 1767/68. when he was finally hounded and added to the twelve German-Banat regiment in which he remained until 1773, and later. In the 18th century, Sefkerin was part of the Pancevo protopian of the Timisoara Diocese.

In the village of Sefkerin there are 2104 adult inhabitants, and the average age of the population is 40.2 years (38.8 in males and 41.7 in females). There are 829 households in the settlement, and the average number of members per household is 3.17. This population is mainly populated by Serbs (according to the 2002 census), and in the last three censuses, there was a decrease in the number of inhabitants.