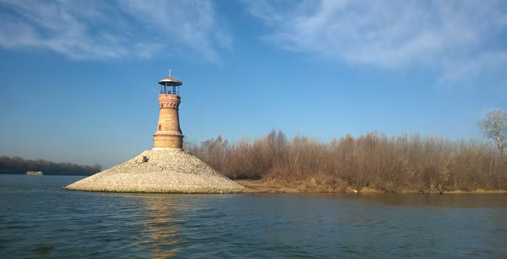 Pancevo is the urban environment in which the Tamiš River flows into the Danube. The trails are planned on the right bank of the river, on the embankment that separates the Town Forest from Tamiš, but also on the left, on a quay that stretches from the bridge, and almost to the very mouth of Tamiš in the Danube. The trail on the right bank of the Tamiš stretches from the lighthouse itself to the mouth, and further below the “new” road Pancevo-Belgrade, then through the City Forest to the “old” road Pancevo-Belgrade. From that, the basic path can be entered into several paths that have been sprung up by the City Forest, but also to the city of Pančevo itself. The Jabuka trail begins outside the village on the Tamiš, in the zone of the restaurant Stara hiša, continues through the village, where it rests partly on the very shore of the river, to the very end of the village where it continues asphalt to the monument Stratište on the road Pančevo-Jabuka.